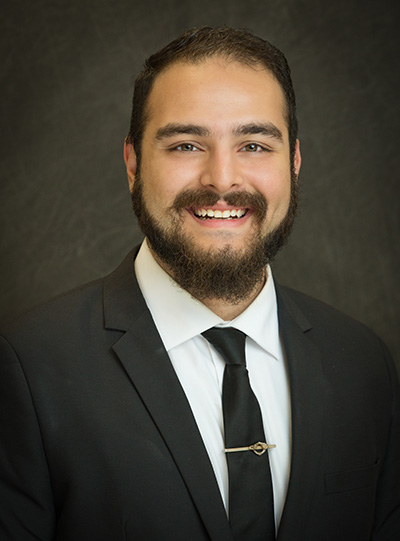 Dr. Shaheryar Khan (Dr. Shah) was raised in the Dallas-Fort Worth metroplex northern city of Carrollton, TX. Dr. Shah has spent his whole life in the city of Dallas, attending high school, college, and chiropractic college all in the city of Dallas, TX. When asked even at the age of 8 years old of his future career, he told the world that he was born to be a doctor, so he could serve people by helping them live their life to the fullest.

Dr. Shah graduated from the University of Texas at Dallas with a degree in Behavioral Neuroscience. He then went on to attend the prestigious Parker College of Chiropractic in Dallas where he received his Doctorate degree and earned his advanced proficiency certification as a Torque Release Practitioner. He is a member of the International Chiropractic Pediatric Association and has also received his Webster Certification, an advanced certification that instructs doctors how to specifically care for prenatal and postpartum mothers. He has served in some of the fastest growing Chiropractic offices in the country and looks forward to establishing Inspire Chiropractic as the go to office for chiropractic care for the families of his city of Dallas, TX.

While being a student at Parker University, Dr. Shah also took the opportunity to serve communities outside of Dallas, TX. On two separate occasions, Dr. Shah found himself in Durango, Mexico, as well as one trip to El Salvador where he spent a whole week providing volunteer chiropractic care to the local community. These trips not only served to sharpen his tools as a clinician but instilled the deep value of service without expectation of return. Dr. Shah will happily express that these three weeks were the best experience of his academic career and cannot express his gratitude enough to the people that trusted him with their care; ultimately making him a better chiropractor for the community of Dallas, TX.

In his personal life, Dr. Shah will proudly admit to being “Dallas to the bone.” With his love for the Dallas food culture, the city life, as well as the vast network of community service events that Dr. Shah finds himself actively involved with on a regular basis. In his time away from the practice, Dr. Shah loves to travel, play the guitar, and working out. He is also the Vice-Captain of The Dallas Assassins, a local cricket team that Inspire Chiropractic is a proud sponsor of. 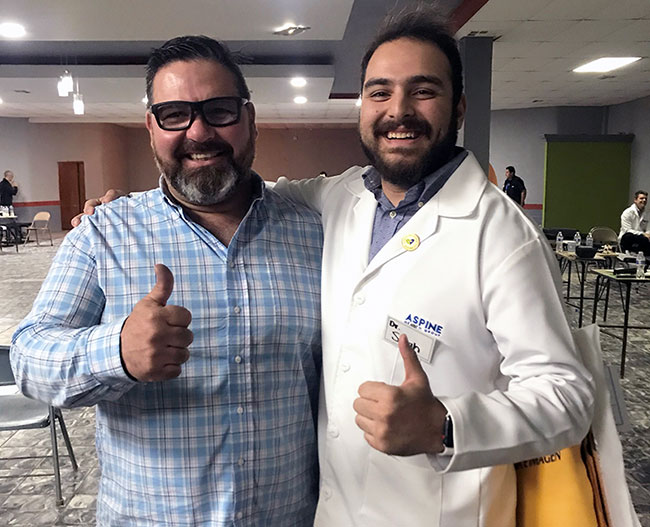 “This is not a job; this is a mission. We are here to serve and heal our community.”

Yesenia was born and raised in Dallas, Texas. She is a devout Believer in Christ, and enjoys meeting and talking to new people. She’s very artistic, and imaginative, and considers herself an avid problem solver.

Yesenia has three younger siblings, all under the age of nine, so she is extremely patient, and thrives as a natural caregiver. She is currently pursuing her Undergraduate Studies, and continues to broaden her knowledge of the practice of Chiropractic care by taking part in numerous educational programs.

Yesenia remains to be at the forefront of self care, and strongly believes in the importance of health and works tirelessly by continually striving to deliver the care that each of the patients of Inspire Chiropractic deserve. 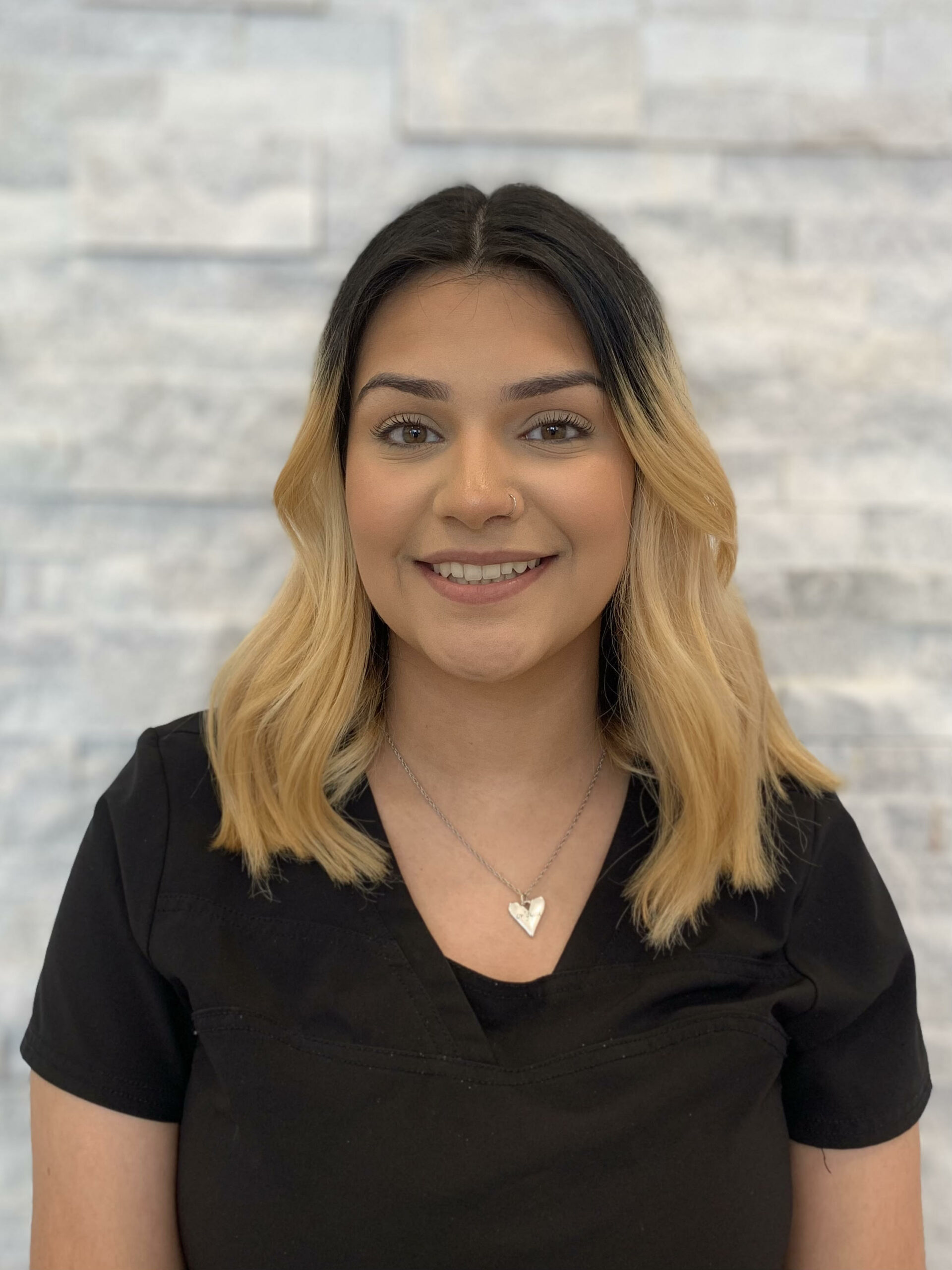 Karen was born and raised in Dallas Tx. She is currently in college studying to become an oncologist helping others take care of their health and being able to heal people has always been a passion for Karen. After graduating college with Bachelors of science, Karen would like to move to New York to continue her studies at a Med school and later be able to work at St. Jude Children’s Research Hospital in Tennessee.

Karen is family oriented and loves spending time with friends and family, especially her older brother. Her favorite activities to do after work or on her days off is playing soccer, softball, going to the gym to work out and occasionally go out for a hike. She finds that being active is a stress reliever and is great form of keeping her head occupied. 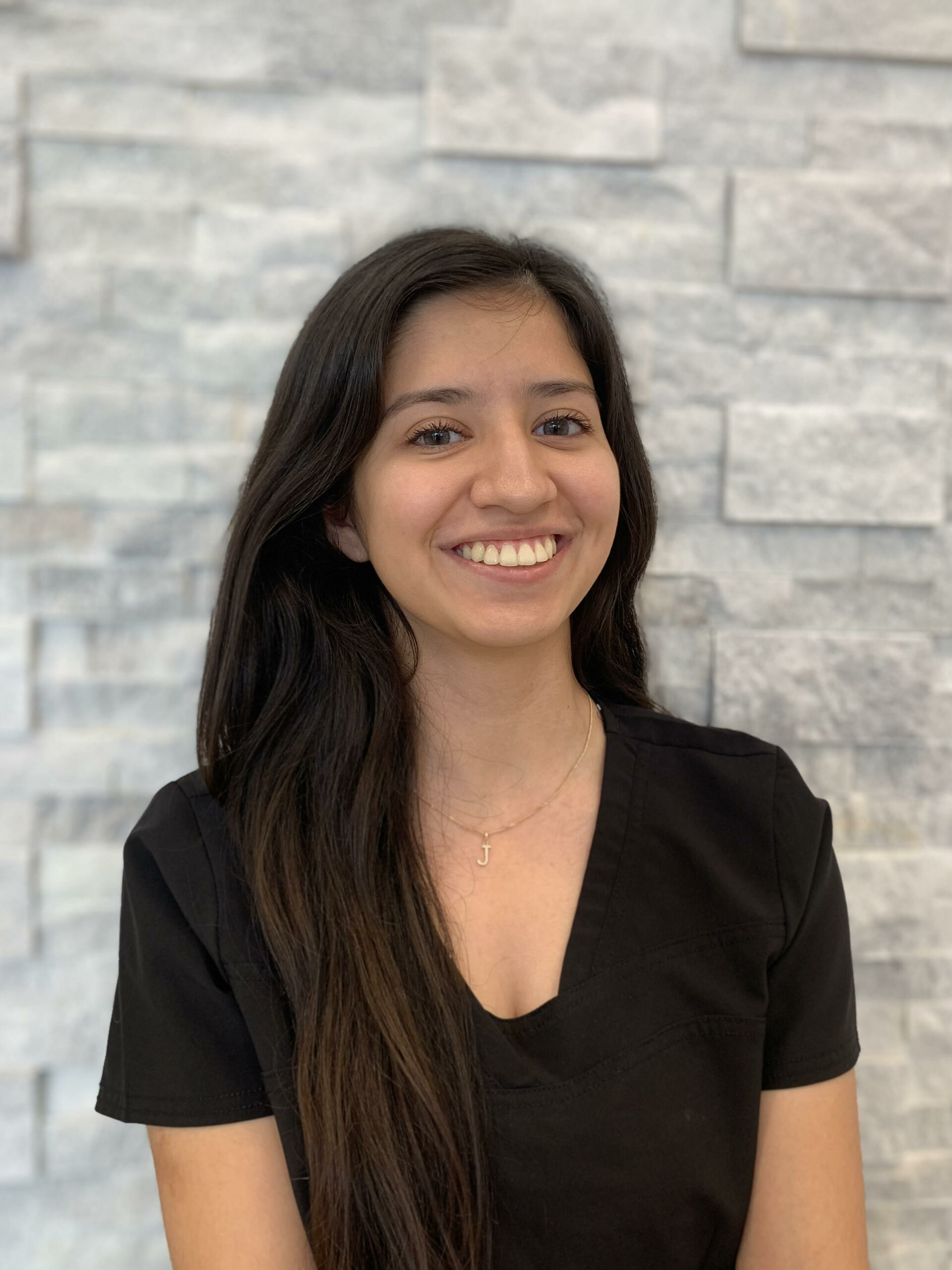 Jacqueline was born and raised in Dallas, Texas. Jacqueline is currently enrolled in school for a bachelor’s degree in business marketing.

Jacqueline has a total of six siblings, so she knows how it is to deal with a big family with different concerns and opinions. Knowing everyone has different views about their health, Jacqueline decided to be a chiropractic assistant to make sure everyone’s needs are met up to their expectations. Jacqueline loves to meet new people, as well as get to know their backstory about their life. Seeing people progress through the course of their health gives Jacqueline hope that everyone’s physical and mental healing is progressing into a better state of mind.

In her personal life Jacqueline loves to expand her mind by reading informative books, going to the gym to better her health and overall wellness, spending time with her family, looking for the best food spots there is, discovering new destinations around the world, and feeding her fashion clothing addiction.

Jacqueline believes that not only is health about being comfortable in your own skin as well as being able to do everyday functions, but is also about nurturing your body and listening to it when something feels unusual. The human body is a fascinating machine and being able to maintain as well as correct issues that someone may have on a daily basis with chiropractic care grows a bigger passion in things Jacqueline believes in. 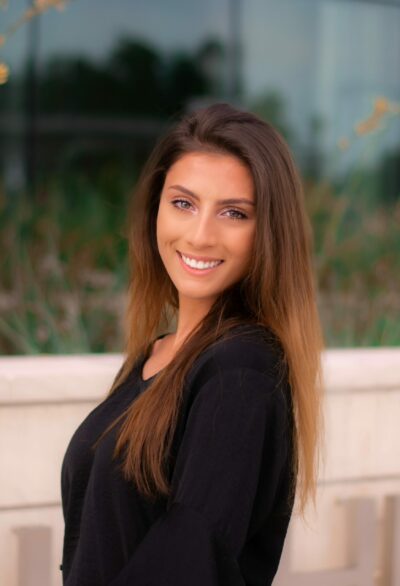 Sofia Mollica was born and raised in Carrollton, Tx, a suburb on the outside of Dallas. She is currently in her final year at the University of Texas at Arlington, where she is studying business with a minor in biology.

She has obtained a certification in professional selling. Sofia has a strong passion for leadership and digital marketing. So, she wanted an environment where she can utilize her skills in marketing and help people while doing so.

Sofia is the youngest of three siblings and enjoys being creative. In her free time, she caters to her Frenchie and loves documenting his moments on Instagram. Sofia enjoys being social and adventurous which she believes makes life so exciting.

Our office welcomes everyone, from singles to whole families. If you are interested in learning about the many benefits of chiropractic care, contact us and schedule your appointment today. Our team looks forward to meeting you and would love to be your Dallas, TX chiropractor.
972-919-0035
BOOK NOW
Home
Our Mission